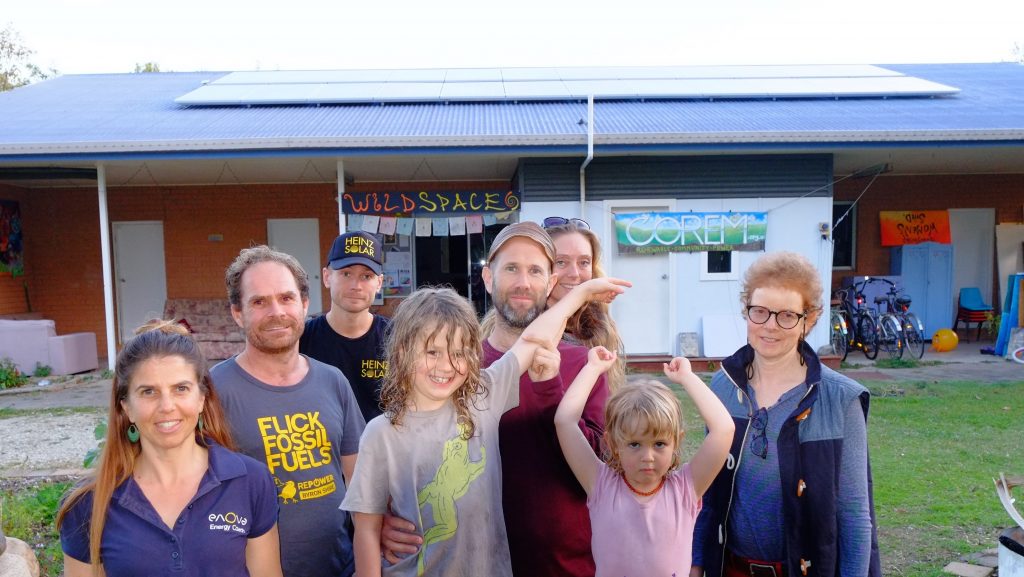 The Commons 6.6kW PV system was our sixth project.

As well as saving money, the PV system avoids the production of about 8.7 tonnes of greenhouse gases per year!

And here’s what the good folk at Wildspace had to say ….

“Here at Wildspace in Mullumbimby at the Commons, we’re thrilled that Corem has installed solar panels. We’ve struggled over the last year to feel that we were genuine in our environmental actions as a change hub. So many groups hold gatherings here in the activist arena; Stop Adani, Power On, The Greens and Byron Community Permaculture to name a few.

Finally we wear the panels with pride and know that we can be the example we speak of.
Our thanks to COREM, to the Commons and all those who helped make this a reality.”
Juli, Pav, Henry, Caz and the rest of the Wildspace community