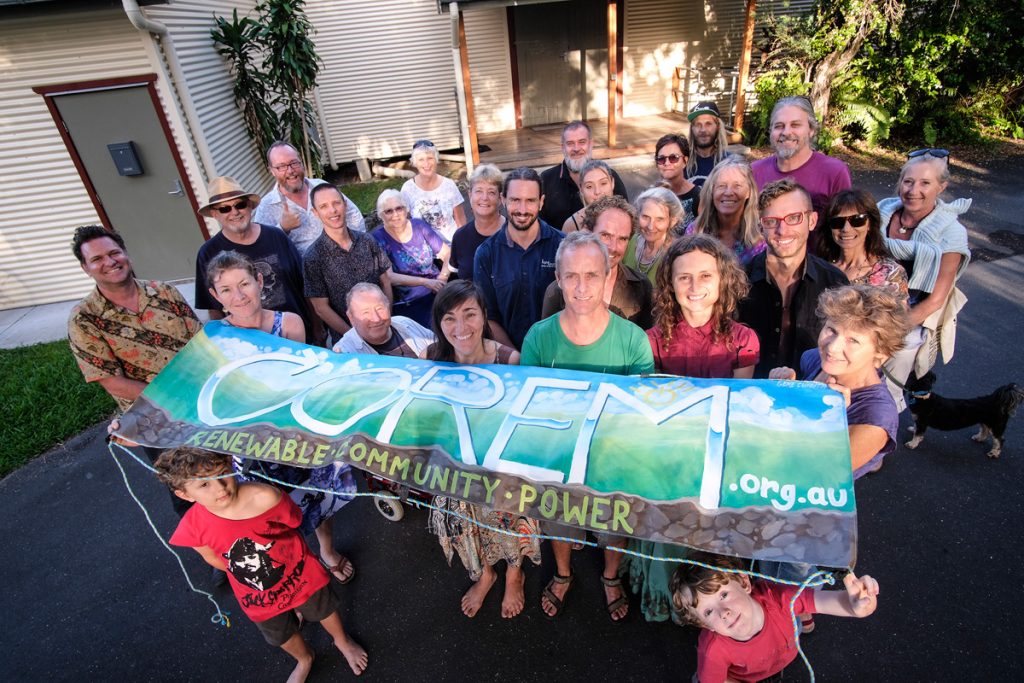 The Drill Hall 12kW PV system was our very first project. It was funded through a combination of very generous donations and fundraising, with the Mullumbimby District Cultural Centre (who operate the Drill Hall and the Pottery Studio) also contributing.

Half of the system (6kW) feeds into the Drill Hall, with the other half feeding into the Pottery Studio.

It also includes an Envoy communications device for remote monitoring of the system’s output so that any faults are quickly detected.

The PV system significantly reduces the Drill Hall and Pottery Studio’s electricity bills, keeping more community money in the area. It also avoids the production of about 15.7 tonnes of greenhouse gases per year!

And here’s what the good Drill Hall folk had to say ….

“As governments around the globe fail to provide sensible leadership, some community led organisations create hope for a people led democracy.

In our centenary year (2016), the Drill Hall Mullumbimby, a not-for- profit cultural centre, was chosen by COREM to be the first site in their plan to pursue and promote 100% renewable energy for the Northern Rivers region. Shared goals of a sustainable and vibrant region created this profitable partnership. The PV system, installed by COREM at the Drill Hall, benefits the community with affordable theatre and pottery hire fees plus the local ownership of an energy resource.

The Drill Hall encourages other organisations and citizens to support or partner COREM. It makes good sense for the community and the world.”